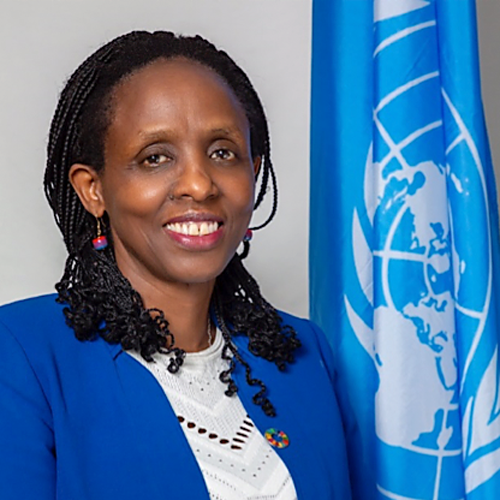 Agnes Kalibata was born in Rwanda and grew up in Uganda as a refugee to parents who were smallholder farmers. She completed a bachelor degree in biochemistry and entomology and a master degree in agriculture from the Makerere University in Uganda. At the University of Massachusetts Amherst, United States, she completed a doctorate in entomology.

From 2008 to 2014, Agnes Kalibata was Rwanda’s minister of agriculture and animal resources. During her mandate she encouraged the use of science-based approaches to agriculture to increase family farmers’ food production and food security. As a minister, she developed new policies designed to connect farmers with nearby communities, implementing cooperative farming and cow-sharing programs. Rwanda’s poverty level dropped with more than 50% during her time as minister.

Since 2014, Agnes Kalibata served as president of the Alliance for a Green Revolution in Africa (AGRA). The organization is aiming at improving food security and the incomes of 30 million farming households in 11 African countries by providing better seeds and credit. In 2019, UN’s Secretary-General António Guterres appointed Kalibata as UN’s Special Envoy for the 2021 Food Systems Summit. In this role, she will provide leadership, guidance and strategic direction towards the Summit.

All Sessions by Agnes Kalibata