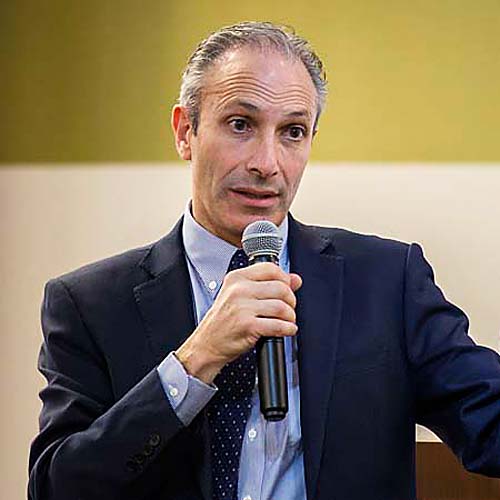 Executive Director at the Global Alliance for Improved Nutrition (GAIN)

Lawrence Haddad is an economist, who completed his PhD in Food Research at Stanford University in 1988. In October 2016, he became the Executive Director of GAIN. From 2014 to 2016, he was the founding co-chair and lead author of the Global Nutrition Report and from 2004 to 2014, he was the Director of the world’s leading development studies institute – the Institute of Development Studies (IDS).

Prior to taking up this position, from 1994 to 2004, he was Director of the Food Consumption and Nutrition Division at the International Food Policy Research Institute (IFPRI). He was also the UK representative on the Steering Committee of the High Level Panel of Experts (HLPE) of the UN Committee on World Food Security (CSF) from 2009 to 2010 and President of the UK and Ireland’s Development Studies Association from 2010 to 2012.

He received the 2018 World Food Prize together with David Nabarro, former Special Adviser to the UN Secretary General. The recipients were commended for their “extraordinary intellectual and policy leadership in bringing maternal and child nutrition to the forefront of the global food security agenda and thereby significantly reducing childhood stunting” during the announcing of the award done by Ambassador Quinn, World Food Prize President.

All Sessions by Lawrence Haddad