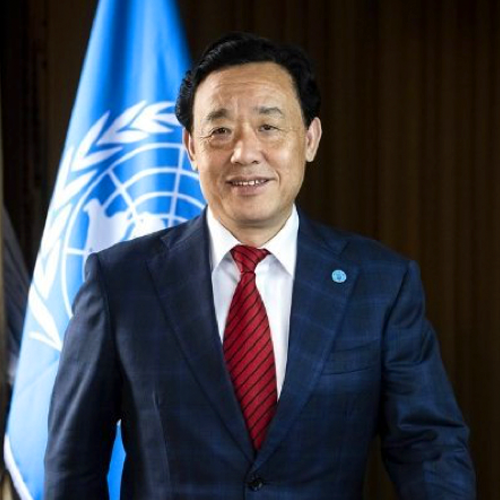 Qu Dongyu was born in Yonghzhou, Hunan Province, China in October 1963.He got a bachelor degree in horticultural sciences from Hunan Agricultural University, before completing a Master degree in plant breeding and genetics from the Chinese Academy of Agricultural Sciences, and finally a Doctorate in Agricultural and Environmental Science from the University of Wageningen, the Netherlands.

Qu Dongyu used to be Vice President of the Chinese Academy of Agricultural Sciences (2001-2011), then Vice Chair of the Ningxia Hui Autonomous Region, which is one of the poorest region in China, before becoming Vice-Ministry of the Ministry of Agricultural and Rural Affairs in 2015. One of his greatest achievements during this mandate was to ensure territorial connectivity and for more than 400 million rural livelihoods to have access to information and communication technologies promoting inclusive sustainable development.

On August 1st 2019, he became the first Chinese national to be named as the Director-General of the Food and Agriculture Organization of the United Nations (FAO), successor to José Graziano da Silva. He advocates for making the agency more dynamic, transparent and inclusive, and has been making significant contributions in bilateral and multilateral initiatives undertaken by the WTO and G20, or other initiatives relative to South-South cooperation, in collaboration with FAO and World Bank.

All Sessions by Qu Dongyu