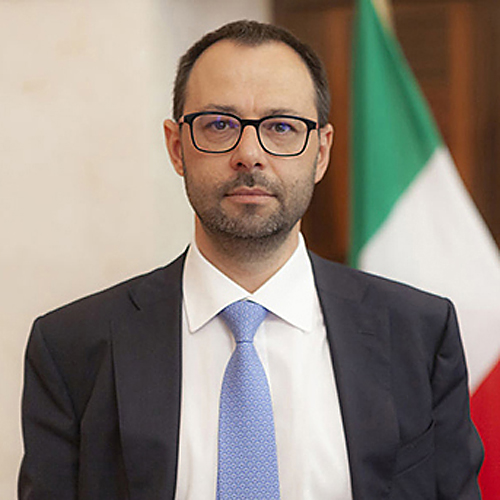 Stefano Patuanelli was born in Trieste, Italy on June 8th 1974. He obtained a degree in Construction Engineering from the University of Trieste, and he has been enrolled in the Order of Engineers since 2004.

His political career jump started in 2005 as one of the founders of the Beppe Grillo Trieste Group. Stefano Patuonelli was elected as a municipal councillor of his hometown Trieste in 2011, before becoming senator in the Friuli-Venezia Giulia district in 2018 while also becoming the president of the parliamentary group M5S.

In September 2019, he became Minister of Economic Development of the second government of Giuseppe Conte. significant outcomes of his mandate are the National Transition Plan 4.0, aiming at supporting economic recovery and stability with a strand on environmental sustainability, or the reform of the Central Guarantee Fund for SMEs. Since February 2021, he has been working as Minister of Agriculture, successor of Teresa Bellanova, within Mario Draghi’s government.

All Sessions by Stefano Patuanelli