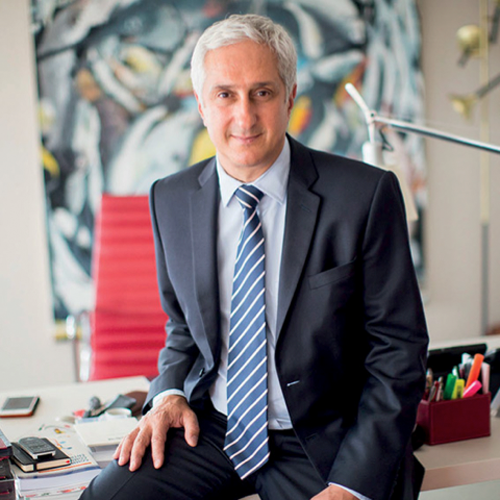 Chairman of the World Union of Wholesale Markets

Stéphane Layani was born in Algiers, in French Algeria. He is a former student of the Institute of Political Studies of Paris (Science Po’) and of the National School of Administration (Ecole Nationale d’administration/promotion Léon-Gambetta, 1991-1993). He also holds a diploma of advanced studies in public law.

Since 2012, Stephane Layani is the President of Semmaris and Manager of Rungis International Market, the largest wholesale food market in the world. Mr. Layani is the Acting Chairman of WUWM. He is also a French expert at the Directorate General of Health and Consumer Protection of the European Commission. In 2014, Stéphane Layani was named Knight of the Legion of Honor by Emmanuel Macron, the President of France.

All Sessions by Stéphane Layani